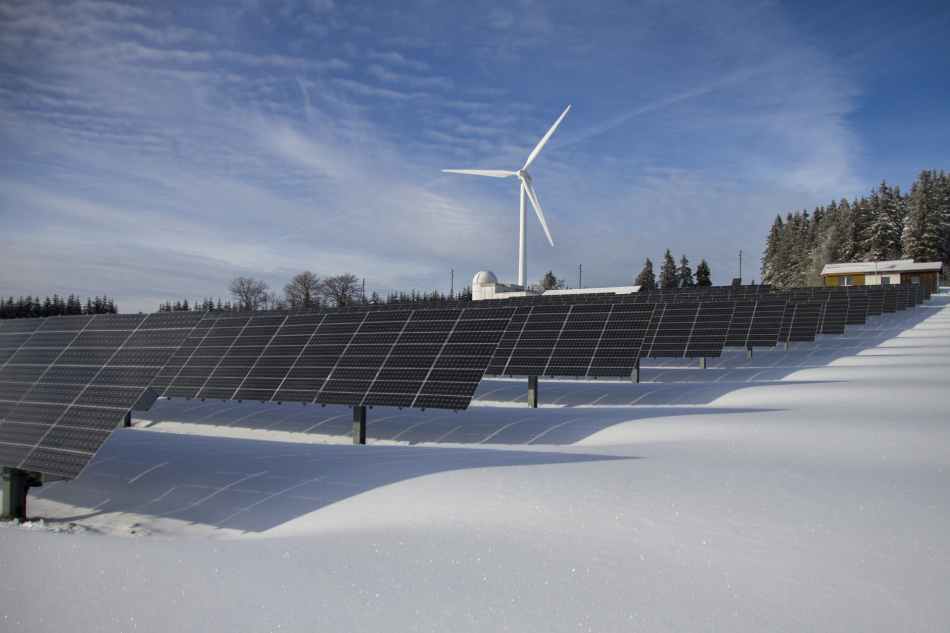 Last year was expected to be a big one for renewable energy companies after a breakthrough in 2020.

U.S. President Joe Biden’s Administration promised big green incentives; a year of weather extremes and a United Nations Climate Change Conference in Glasgow kept the urgency of global warming in the headlines; and the costs of renewables, particularly solar, continued to decline, making them more competitive than ever.

But by the end of 2021, the renewable energy sector was in full retreat with double-digit declines. So far, it has been more of the same in early 2022.

So, what went wrong?

“When you say it wasn’t a great year for renewables, it wasn’t great for renewables stocks,” says John Cook, portfolio manager at Mackenzie Investments in Toronto, who co-manages Mackenzie Greenchip Global Environmental All Cap Fund. The fund, which has $1.9-billion in AUM, bucked the trend in 2021, rising 12 by per cent with its international flavour and blend of power producers and equipment manufacturers.

“Some of the stocks got ahead of themselves and a good chunk of our space became really expensive,” he says. “But if last year was a reset, I’m really excited about this year.”

Mr. Cook says “expectations got ahead of value” even as the sector continued to grow. The sentiment was so positive that renewables such as Brookfield Renewable, with a world-class collection of hydro, solar, and wind assets, was trading at 20 times cash flow. A decade ago, the multiple was between seven and nine times, he says.

Supply chain problems also hurt. Mr. Cook holds China-based Daqo New Energy Corp.(NDQ: DQ) which manufactures 20 per cent of the world’s polysilicon – the building block for solar panels. At one point last year, the price of the material increased to almost US$40 a kilogram from US$6.

“So, that’s the main ingredient for solar panels going up six times. You can add shipping costs to that, and we all know what happened there,” Mr. Cook says.

Rene Reyna, head of thematic and specialty product strategy at Invesco Ltd. in Atlanta, says sentiment drove share prices ahead of fundamentals, but he’s optimistic about what lies ahead.

“Our thesis is that mid to long term the trend is favourable,” Mr. Reyna says. “In the near term, there are headwinds, but [renewables] should continue to grow because of falling costs and economics and policies [spurring the] transition to net-zero emissions.”

Mr. Cook sees sustained energy inflation because of the imbalance between energy demand and supply.

Investment in fossil fuel exploration and refining capacity has fallen since 2014 even as global energy demand has increased. The pandemic produced a temporary respite in demand, but now renewables can’t fill the gap fast enough. He expects inflation to spread into every manufacturing process from making and shipping goods to growing and shipping food to a grocery store.

“The cost of energy touches everything,” Mr. Cook says.

If there is a silver lining for investors, it’s that inflation makes the assets of renewable power generators more valuable, he says. For example, solar power becomes even more attractive because the cost of building solar farms is less than hydropower plants, and they take less time to complete.

“If I’m right, the world has underappreciated the value of the existing power infrastructure,” he says.

The Mackenzie fund is broadly diversified. It has loaded up on semiconductors, companies that distribute electricity, and those that make equipment or provide materials. The top holding Onsemi (NDQ: ON),formerly known as ON Semiconductor Corp., makes chips used in power management. The second-largest holding is France-based Veolia Environmental SA, which specializes in the management, treatment and disposal of waste. Canadian Solar is a top holding.

Invesco Solar ETF also has a focus on power management.

A little over half of its holdings are in software and equipment. The top holding is SolarEdge Technologies Inc. (NDQ:SEDQ) an Israel-based company which makes equipment that optimizes power and monitors systems for photovoltaic arrays. Another holding, Fremont, Calif.-based Enphase Energy Inc. (NDQ: ENPH) designs and manufactures software used in residential solar generation and web-based monitoring.

Meanwhile, Mr. Cook is focused firmly on where the energy transition is going.

“What are the underlying economic mixes of these businesses? Is the top line still growing? What are the challenges and how profitable could they be?” he asks. “That’s what we look at.”

This article appeared in the Globe Advisor section of the Globe & Mail’s Report on Business on Jan. 26, 2022. For reprint information please view this page.

0 comments on “For renewables, a year of wait and hope”